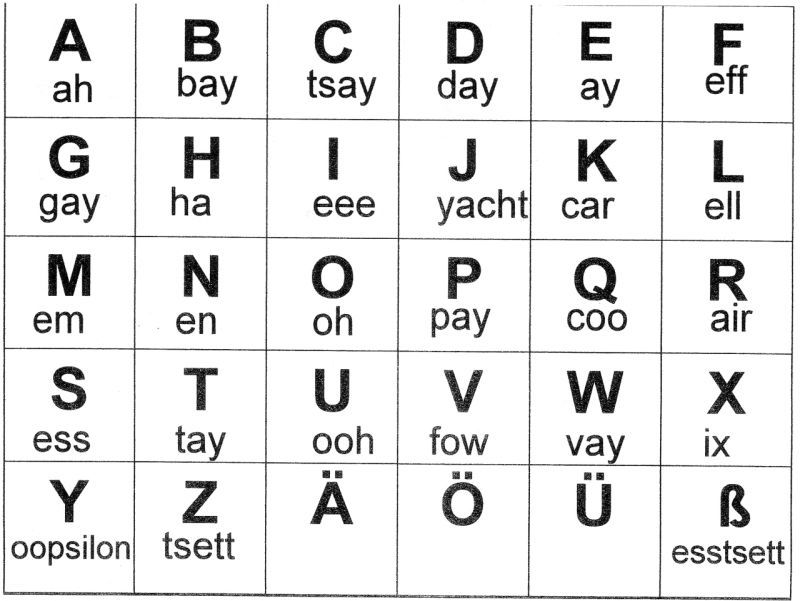 In German language, you also see four extra letters: ä, ö, ü and ß. But these four letters have not been added to the alphabet list and are not part of the German alphabet.

How to Pronounce German Alphabets

In the list given below, you can see all the German alphabet letters and for the pronunciation you can see the video below.

You must have noticed in this list that there is a lot of similarities in English and German words.

ä, ö, ü and ß :  On top of these four extra letters, you must be seeing two dots, because of this it looks different from the rest of the alphabets. These dots above ä, ö, ü create the sharper sound. Which is called “Umlaute”. We can also write them like this : ae, oe and ue but they are not used so much.

ß : It will look like letter B it is called “Esszett” and it is also written as double ss. In German language it is used for the sound of sharp s.