The evolution of digital computing is often divided into generations. Each generation is characterized by dramatic improvements over the previous generation in the technology used to build computers, the internal organization of computer systems, and programming languages. Although not usually associated with computer generations, there has been a steady improvement in algorithms, including algorithms used in computational science. The following history has been organized using these widely recognized generations as mileposts.

The main characteristics of this generation of computers were – 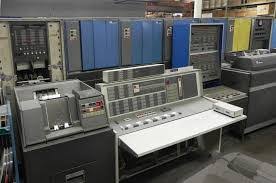 Transistors and printed circuit boards replaced valves in the second generation of computers. They also replaced the magnetic drum memory by the magnetic core memory. Characteristics are given below :- 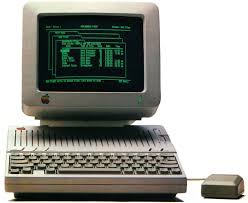 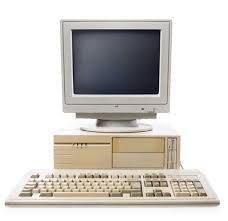 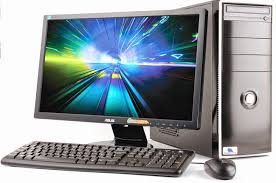 The development of the next generation of computer systems is characterized mainly by the acceptance of parallel processing. Until this time parallelism was limited to pipelining and vector processing, or at most to a few processors sharing jobs. The fifth generation saw the introduction of machines with hundreds of processors that could all be working on different parts of a single program. The scales of integration in semiconductors continued at an incredible pace-by 1990 it was possible to build chips with a million components and semiconductor memories became standard on all computers. Other new developments were the widespread use of computer networks and the increasing use of single-user workstations. Prior to 1985 large scale parallel processing was viewed as a research goal, but two systems introduced around this time are typical of the first commercial products to be based on parallel processing.

The Sequent Balance 8000 connected up to 20 processors to a single shared memory module (but each processor had its own local cache). The machine was designed to compete with the DEC CAX-780 as a general purpose Unix system, with each processor working on a different user’s job. However, Sequent provided a library of subroutines that would allow programmers to write programs that would use more than one processor, and the machine was widely used to explore parallel algorithms and programming techniques.

The Intel iPSC-1, nicknamed “the hypercube”, took a different approach. Instead of using one memory module, Intel connected each processor to its own memory and used a network interface to connect processors. This distributed memory architecture meant memory was no longer a bottleneck and large systems (using more processors) could be built. The largest iPSC-1 had 128 processors.

Towards the end of this period a third type of parallel processor was introduced to the market. In this style of machine, known as a data-parallel or SIMD, there are several thousand very simple processors. All processors work under the direction of a single control unit; i.e., if the control unit say “add A to B” then all processors find their local copy of A and Add it to their local copy of B. Machines in this class include the Connection Machine from Thinking Machines, Inc., and the MP-1 from Maspar, Inc. Scientific computing in this period was still dominated by vector processing.

Most manufacturers of vector processors introduced parallel models, but there were very few (two to eight) processors in these parallel machines. In the area of computer networking, both wide area network (WAN) and local area network (LAN) technology developed at a rapid pace, stimulating a transition from the traditional mainframe computing environment towards a distributed computing environment in which each user has their own workstation for relatively simple tasks (editing and compiling programs, reading mail) but sharing large, expensive resources such as file servers and supercomputers. RISC technology (a style of internal organization of the CPU ) an plummeting costs for RAM brought tremendous gains in computational power of relatively low cost workstations and servers. This period also saw a marked increase in both the quality and quantity of scientific visulization.