Hello Friends, In this post we are going to tell you about the Classification of Computers. Computers can be classified into several manners – the type of data processed by the computer. analog and digital and in which era the particular computer technology lie. The following chart can help you to understand this classification.

Classification of Computers on the Basis of Physical Quantity Wise

Special purpose computers are designed to perform specific tasks. These lack versatility although they perform the task for which they are designed efficiently and quickly. For example, aircraft control system, missile guidance system, satellite systems, in the process of industries etc.

A general purpose computer is one that can be used for a variety of applications. It is very versatile and as such can execute programs of any type. These are used in business, applications. A general-purpose computer can perform any kind of jobs i.e., business or scientific application with equal efficiency simply by changing the applications program stored in main memory.

These types of computers work on continuous data measured along a continuous scale. The measures continuous electrical or physical magnitudes like voltage, pressures, shaft rotations, water flow etc., and react in a pre-defined way to changes in the specified quantities. They are process control devices.

This is a computer that combines the most desirable features of both digital and analog computers. A computer of this nature is referred to as a hybrid computer. They are suited for situations where digital processing of data collected in analog form is desirable. For example, in a hospital intensive care unit, analog devices may measure a patient’s heart function, temperature and other vital signs. These measurements may then be converted into numbers and supplied to a digital device.

Classification of Computers on the Basis of Size and Capabilities

The general-purpose computers are varying widely in performance, size and cost. Performance is measured in terms of speed of processing instructions, storage capability to handle a large number of input and output devices, and nature of operations performed. In general, the better the performance, the larger the size and the higher the cost. Depending upon these parameters, the computer industry classifies them into the following categories. 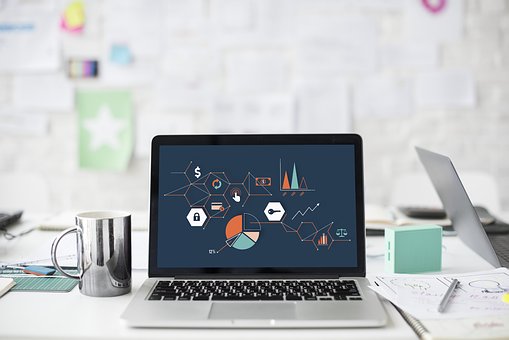 Microcomputers are based on the use of microprocessors. This is the lowest end of the computer range. The special-purpose devices that are used to control washing machines and the highly visible personal computers (PC) you see on desktop, both fall into this category. Generally, microcomputers use CPU speed of 100 or more kips (kilo instructions per second). The most common applications of the PC, which falls into the microcomputer category, are word processing, spreadsheet calculating, and database managing. The other applications are desktop publishing, accounting, statistical analysis, graphics, investment analysis, project management etc. Microcomputer is also used in the field of teaching and entertainment (like games, sono movies etc.). These computers used in small-scale industries, small business data proce lawyers, accountants, doctors, engineers etc.

Mini computers perform better, are larger in size, and cost more than micros. Normally, they are designed to support more than one user at a time. They possess larger storage capacity and operate at higher speeds. They support faster operating peripheral devices like high-speed printers, which print hundreds of lines per minute. They can also communicate with mainframes.
These computers are used when the large volume of processing is required. For example, data processing for a small organization. They are used to control and monitor production processes, to analyze results of experiments in laboratories, to meet instructional needs of colleges, etc. they are also used as servers in Local Area Networks (LAN).
In mini computers the speed is of the order of one or more mips (Million Instructions Per Second).

These computers are most expensive of all the computers discussed previously, are very big in size and offer maximum computing power. A large number of peripherals can be attached to them. The speed of CPU is about 10 million instructions per second (mips) or more. They are generally used in large networks of computers with the mainframe being the nodal point of the network. It works on time-sharing modes, these support more than 100 user terminals. They offer very high degree of reliability and control the systems in which data are accessed by large number of persons and need utmost control on very high-up time.

They are used for data processing in large organizations where the records of thousands of employees have to be processed. They are also used to manage large centralized databases. A typical application of these computers is in airlines/railway reservation system.

Super computers are at the apex of the computer range. They are the fastest and the most expensive machines. The high speed in these computers is due to use of a number of microprocessors working in parallel and high storage densities are obtained by using magnetic bubble memories and charge coupled devices. These computers are used for complex molecular structural analysis, weather prediction, crystal graphic etc.